following on from my private in public presentation/investigation, i thought i should let you in on my most recent obsession: toilets. more specifically public toilets.

actually, if i’m confessing, then i’ve been slightly taken by public loos for quite a while. i love comparing them, seeing the differences and the similarities between them, finding the gems, resigning myself to the awful ones, listening to the conversations, checking out the graffiti on the walls and noticing the cultural signifiers that invariably turn up in the most private of public spaces. and so it seems that public toilets have become the focus of my research.

if you’re particularly astute, you’ll have noticed the beginning of toilet-based links on my del.icio.us page, plus the previous wishlist of having a studio in a toilet. there are a few areas about public toilets that specifically interest me, which i’ll probably keep coming back to over the next little while so be prepared. i’m hoping to avoid the obvious toilet humour, but being that i have such a tacky sense of humour it may be unavoidable. i’ll do my best.

social history and theory focused on the toilet 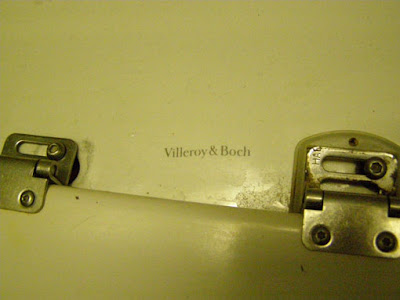 i’m just starting to get into this right now and have discovered henri lefebvre’s discussion on the everyday, his relation to the situationists/debord and his criticism of the bourgeouisie denial of the everyday and pushing it to the extreme of architectural space. plus the ol’ bachelard’s poetics of such a space: hardly a room, but four corners and how we relate to corners as our retreat, our back-up. our protection in times of vulnerability, but also our entrapment.
then of course there’s the place of the public toilet in modern dynamics: the place of the public toilet in women’s social freedom and the role of the beats in homosexual freedom and teenage rites of passage. (i promise i won’t mention teenagers giving blowjobs in the school toilets. that might be pornographic) 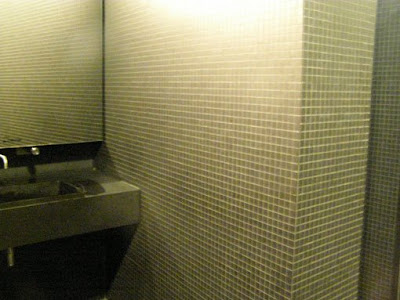 i’m sure there’ll be more in lefebvre’s urban criticism about the architectural role of the toilet in there too and i’m also interested in the architectural history of toilets: what they look like, the ones that have disappeared, closed off, enshrined and the weird/wonderful places that they exist.

and of course there’s the straight-up design comparisons between them.*

role of the public toilet in the urban rhythm. this spans across a couple of areas.
of course i’m interested in the way people engage with public toilets [for an hilarious post about this, especially with children, check out this on dooce. it’s fantastic] – their idiosyncrasies, neuroses, things they take for granted and obvious cultural differences (like those ladies in london loos selling lollipops).
plus, i’m interested in the role of the toilet in the whole realm of architecture/urban planning – does a dysfunctional toilet signify a dysfunctional society? and how much is a city influenced by its toilets? if we focuses as much attention on designing our loos as we do our bedrooms, would we be happier?

as you can see, this is all a pile of unanswered, loosely sketched, incoherent crap (d’oh! pun!), but i’m kind of excited about answering some of these questions and starting to flesh out what it all means in terms of my work. i’ve already begun working on the toilet project [mark 1], a public-ish work which simultaneously reconfigures architecture through craft/fashion methodology and also starts to facilitate some interesting reactions, which will hopefully challenge a few of those idiosyncrasies i was talking about before. i’ll be posting more here soon, so stay tuned.

*i’ve always secretly wanted to do a toilet guide to sydney or melbourne. the companion publication to the melbourne/sydney design guides? ha!