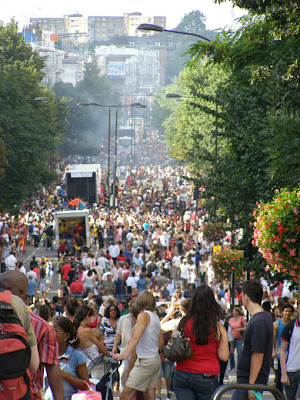 there’s something really weird about finishing off a trip. a sense of relief, sadness, and something inexplicably warped about it – something resembling inertia.

getting back to London after Europe, everything fell a bit flat. Londoners seemed like a repressed bunch of constricted bureaucrats after the relative easiness of Europeans. And the city itself also felt incredibly constricted with so many roadworks, awkward transport, overbearing architectural mess and I hate to be clichéd and whinge about the cost, but holy crap, after coming back from the euro, it’s fucking exorbitant.

and perhaps I really needed to see all that stuff because I’ve been forced to head home early and there’s something easier about a divorce when all you can see is the crap.

in preparation for leaving, I head back to a few of my old haunts and to make sure I caught up with a bunch of friends I had made here, which was more important than anything.

I went back to soho, drew in the national gallery, popped to the tate modern louise bourgeois show (which I will review later, but suffice to say, it bloody rocked!), went to see control, wandered around chancery lane and discovered gorgeous wine bars near charing cross.

I caught up with as many of my London friends as I possibly could and would formally like to link to (as a form of web 2.0 props) to the following boys and girls , in no particular order, who made my time in London and Europe a fucking awesome time:

And of course my little crew of Lauren’s Ladders: Will, Seb and Nina

In fact without these people, who found me through my blog, or others’ blogs, I know that I wouldn’t have had the time I had.

It will probably take me a few days to a) get over the jetlag and b) process the enormity of my trip, but once I do, I need to post about some of the random things that I’ll take home from my trip – those weird little things that will stick with me and influence my life forever more.

Thanks again to all those peeps and now it’s time for phase 2 of world domination: the MFA