When I was in the UAE, we popped in the Sahara Centre mall in Sharjah to do some people watching and really get a ‘normal’ Emirati experience. (see the previous post about malls in the UAE, if you don’t believe me)

I had been doing a lot of thinking about how different it is (for me) over there and how companies wanting/needing to have an Arabic/middle eastern market need to take lots of different cultural things into consideration. Things like how their logo might read in Arabic (Pizza Hut doesn’t translate well, believe me), and whether their ethos is suitable.

Because Age and I have this regular sparring match about Nike, I made a point of going into the Nike store in the mall and analysing whether Nike were doing what I would expect a sophisticated global brand like them to be doing and adapting their brands to consumers, whatever the country or culture. 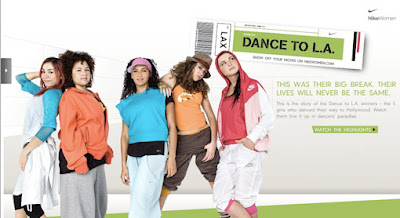 Considering that arabic is a major international language and Islam is the world’s fastest growing religion, Nike are either slow, mad, or strategic beyond understanding. there isn’t even an option to read the nike site in arabic, which is quite strange, considering the breadth of languages that are available there.

In the Sharjah Nike Store, the first thing that struck me was that there was Just Do It [and the swoosh] plastered on placards throughout the store. Considering that Sharjah is a strict muslim emirate and that a large aspect of islamic life is the restraint of self-control and the cultivation of measure, a passionate and inspiring, but equally as reckless slogan like Just Do It, is not necessarily appropriate for that particular application.

Similarly, the women’s sportswear section was illustrated with images of hot, sweaty, white girls with sports bras and killer abs. Hot to look at, but really only perpetuating the whitey routine of being scantily clad. This isn’t to say that muslim girls don’t like being sexy. Under their abayas, Victoria’s Secret does a roaring trade. But that kind of sexiness is private – between girls only or for their husband, not in front of other men and certainly not in front of them in a huge department store. Nike could easily have rectified this by having a private Nike women’s section, where they could have showed all the steamy ladies they wanted to, but respecting a sense of privacy which is inherent in Muslim women’s public life. 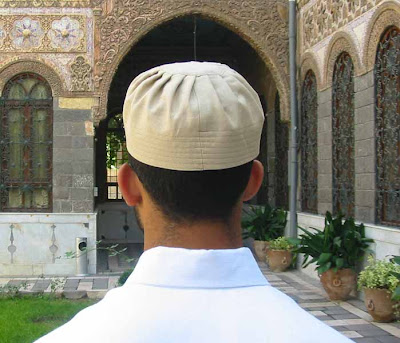 Another area which Nike are really falling behind on is by not selling their baseball caps (complete with Nike symbol) without the peak, replicating the classic kufi hat. They may already produce them, but the fact is that they weren’t in the actual Nike Store in the mall and really, they should have been. It’s only a small detail, but it could really illustrate a true understanding of contemporary Muslim and arabic culture and clothing.

And considering that Nike laud itself on their cultural and customer relationships, this is kind of a big deal for them to be so far of the mark with such a huge possible market.

NB: I know that I’m biased against Nike. I could go on about the unethical nature of them as a company and corporation, but I’ll save it for another rant. This rant is based on my experience and considering that’s how people base their opinions on brands and companies, I’m OK about that. This rant is also especially for Age, with whom I have a friendly Nike rivalry with, so if you have opinions about it, so free to express them, just play nice.