***warning*** the following post contains rash generalisations and assumptions made on limited experience. things will change, i’m sure of it.

Regular readers will have read my post on Dubai. And while I obviously didn’t completely nail cultural comparisons, I received so much insight into Emirati and Indian culture that it blew my mind. When I arrived in London, about 3 weeks ago, I tried to get the same level of insight. I tried to understand London and Londoners (as opposed to the English in general. I understand they’re different species), to get a handle on what I needed to ‘know’ as quickly as possible in order to ‘fit in’ and not make any awful social fuck-ups. I focused on the differences between us, hoping to overcome them and that just got me all tangled up in a psychological mess. Thankfully, last week, I let go of trying to figure it out all at once and as soon as I did that, it seems I’m settling in nicely.

The funny thing is that the cultural differences between Londoners and Australians are so subtle and the whole point is that they don’t really want to anyone to know the intimate intricacies of their eccentricities. I can kind of understand a little more now – thanks to reading DH Lawrence’s Kangaroo, actually. [English writer guy emigrates to Sydney and Wollongong in the 19th Century]

I don’t know whether this is the purpose of travel, but the longer I’m here, the more I totally love Australia and what I have there. Tarty, mouthy, rank Australians still give me the shits, but they did back home, so I haven’t become that wildly patriotic, but I have fallen in love with things about home that I didn’t expect to. 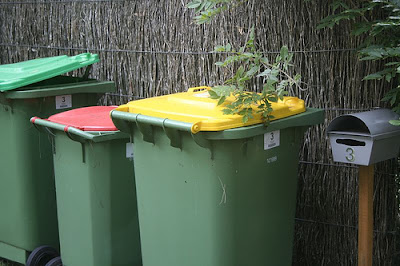 green is for garden waste, the litte red one for rubbish and the yellow one for recyclables.

For a start, I’m proud of how much Australians and Australia gives a fuck about the environment. London can’t seem to get basic home recycling in order, which, for a city of 12 million people, is fucking appalling! They waste electricity like nobody’s business and water wastage..holy crap! Not as bad as it was in Dubai, but still, pretty bloody shameful. And every Aussie I know here (which is quite a lot, considering I’ve basically come from a city of 180,000) is similarly appalled. We actually care about the environment and resources and we’re years ahead. I’m so proud of that!

I’ve also become incredibly proud of our lack of bureaucracy. While it may be misconstrued as a lack of order, fucking hell, we just get things done. And for the most part, we kick arse at customer service. You get your off days back home, where you hit a couple of rude bastards behind the desk, but here, oh boy, it’s a big deal if someone actually smiles at you when you hand over the cash! Yes, rash generalisation, because I’ve lucked out on a few gems recently, but when I first arrived here, boy was I shocked. 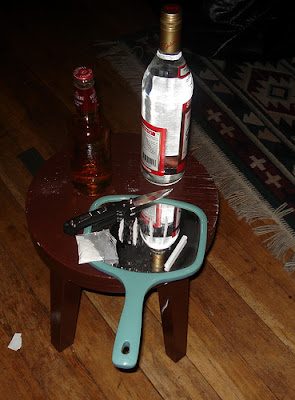 The other thing people seem to just ‘totally do’ here, which I’m so unimpressed with, is to hit the cocaine like it’s fucking candy. Most of the Australians I know here have been on it or are on it and it’s fucking filthy, really. I’ve never been anywhere where drug culture is just so cheap (in every sense of the word) and it’s pretty unattractive. I’m glad I don’t do the stuff and by the same token, I’m making sure I just let people do what they need to do. I’m surprised, for such a huge drug culture here that the support services or public service announcements aren’t more visible. Even the Australian government managed to bang together a totally shit campaign about party drugs.

On the good side, the other night I went to the Surrealist ball at the V&A Museum with a birdsnest in my hair, and what I totally loved about it was the people were there, dressed up, only mildly self-conscious, enjoying a museum/performance/cultural experience on a Friday night, without any hint of pretence or snobbery. That’s just what you do, it seems. Which is totally ace. Doing something to extend your mind or elevate your experience is seen as something positive, not something to be looked down upon, like it is in Australia. Little wonder that half our intelligentsia are in London. 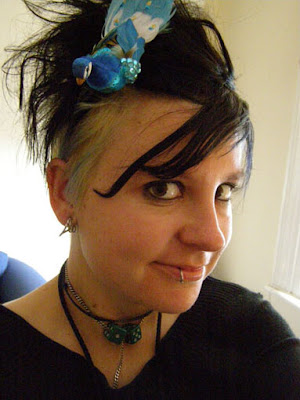 And of course, you can’t compare cities with London without mentioning transport. London really needs to congratulate itself on the Underground. Not only is it efficient, but the design of the system, the map, the logo, everything is neat. OK, so some aspects of it may seem filthy compared to people having lived in cotton wool, but it’s fantastic. Even when there are delays on the circle line (which is practically all the time), it means that trains run every 5 minutes, rather than every 2. And if there are major delays on the system, you can get around it. If something fucks out on the systems back home, you’re screwed and waiting for at least 20/30/50 minutes for trains and/or replacement buses. I haven’t had a chance to research the design history of the Underground, but I really want to, because they’ve got the details down pat – even down to the hand rails on the Victoria line trains being Azure, the same colour as the line on the tube map. Fucking brilliant. 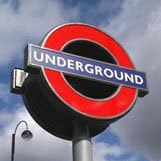 While a lot of that may sound like I’m whinging all the time, I’ve actually snapped out of my culture shock quite a bit, and these are only the glaringly obvious bits that still rub me up the wrong way. The fact of the matter is that I’m traveling. I’m actually engaging with seeing how other people live and I can’t understand those that don’t. It is a great way to have a complete opinion transplant and as an opinionate geek, I need that, regularly.

UPDATE: I am actually having a really good time here and living totally in each day and moment, just in case it sounded like i wasn’t. While I may rant, it’s very rare that I cannot find some good times to live – just in case you were concerned.