shel·lac [shuh-lak] -lacked, -lack·ing.
–noun
1. lac (a resinous secretion of the lac insect deposited on trees) that has been purified and formed into thin sheets, used for making varnish.
2. a varnish (shellac varnish) made by dissolving this material in alcohol or a similar solvent.
3. a phonograph record made of a breakable material containing shellac, esp. one to be played at 78 r.p.m.: an LP that can hold nearly 10 times as much as the old shellac.
–verb (used with object)
4. to coat or treat with shellac.
5. Slang.
a. to defeat; trounce.
b. to thrash soundly.

last night i went and saw an amazing band, shellac, featuring an amazing man, steve albini and 5b is what they did. soundly.

if you’re not into music reviews, then tune out now, ‘cos i’m going to deviate from the path slightly and give you one. (especially ‘cos i thrashed my body soundly and didn’t get to a gallery today)

firstly, for those who don’t know, or have had an unforgiveable memory loss, steve albini is like the willy wonka of music. he has concocted the most amazing sounds for the past 25 years, both from behind the desk and behind the axe. as a producer, he’s most noteable for giving nirvana’s in utero its sound, but he has also been responsible for a load of other (mostly punk/underground) bands’ great albums. i personally love him for what he did with f-minus‘ last album, but don’t hold that against me.

as a musician, he has been in the hugely influencial 80s band big black, the short-lived but influencial rapeman, and then shellac, who have been around now for 15 years! i felt incredibly old when i was reminded of that last night. if you’re not into any underground american music from the 90s, then none of this will matter to you anyway, but it mattered to me. 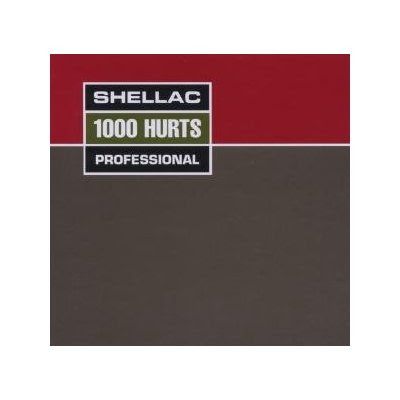 the band are amazing and last night i realised that they not only sound incredibly different from a lot of other bands, but everything about them is against what usually happens in the music industry. albini’s guitar has a hollow aluminium neck, he makes his own amps – you should see them, they’re the most utilitarian looking things you’ll ever see, but they’re impressive!; they set up their own gear on stage; instead of idle banter between themselves or wanky directive at the audience between songs, they get the audience to ask them questions (but don’t bother asking them if they’re playing a particular song or it automatically comes of the list) or the drummer (todd trainer) gets out from behind the kit and does stand-up comedy, they don’t sell merch and they only tour every 5 years.

yet they manage to completely sell out gigs and sustain themselves while having a good time. they’re the quintessential anti-band and that’s fucking admirable. any more anti and they wouldn’t be playing instruments.

i didn’t feel so great, so i ended up watching them from the back of the venue (not my preferred position), but they were so frenetic yet so completely focused and intense that i still felt involved and will remember seeing for years to come. as much for what they didn’t do, as for what they did.