The theme of this year’s Ars Electronica is Goodbye Privacy and all the work/talks I’ve seen so far has been an excellent perspective on that idea.

Arriving at about 7pm, I wasn’t sure what the hell to do, to start with, but I figured that the information desk was a good place to start. information guy there was very helpful (and has been over the whole weekend), gave me a bit of an idea about what was happening and sent me on my way.

The first thing I checked out was a great video/audio walk (audioweg) through the old area of the Gusen I concentration camp. Unlike all the other Nazi concentration camps, this one has not been made into a memorial, but is a working village now – houses where the Blocks were, people living in the old SS quarters, and Private Property signs to prevent pilgrims. It was an amazing movie and cleverly highlighted the immense power of an area’s history never really lays down to die.

Next I grabbed some food, drink and managed to introduce myself to Raina at Wieden&Kennedy New York (by coincidence!). We ended up going to3rd Life at Second Krebs™ together – a fantastic party/experiential happening taking the experiences of Second Life™ and Web2.0 stuff and creating them in reality: 3rd Life. Second Life features as a subject/motif/starting point very heavily this year at Ars and while I’m not a fan of Second Life at all – in fact, it bores, frustrates, and leaves me cold- as an architecture itself of what is specific about community engagement/user generated content/web 2.0 stuff, interests me as an idea. The concept of it existing and people engaging with it is of immense interest to artists, architects and creative thinkers alike. Not to mention the advertisers and brands who use it to engage people to buy things. And it fun was doing all of those kinds of things in real life/time. Second Krebs was definitely all in good fun, with a bit of interesting critique thrown in and very easy to enjoy. 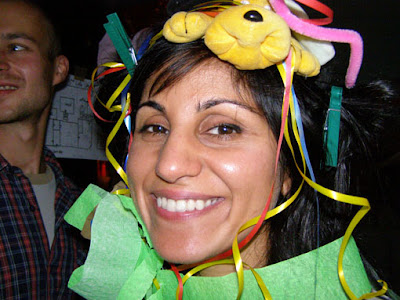 Raina and I bought a ‘cheap avatar’, had our profiles ‘changed’, had a look at the offline dating room, mailed some spam using the offline outbox, (a box, with a girl and horse delivering mail, after Raina left, I checked out the offline StreetFighter, complete with changeable backgrounds, choosable characters and players who had to shout out the commands “punch!, punch! special weapon! jump! run!”, etc. It was fucking brilliant! 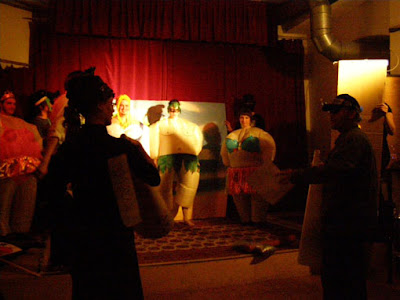 I popped a question into the Google Oracle, but did it wrong and it came up with no results. 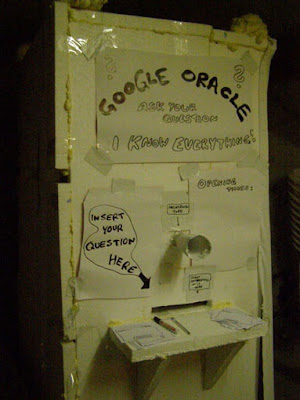 The small details were great too – there were ‘pop ups’ around the place: 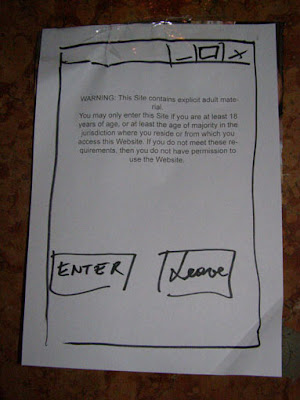 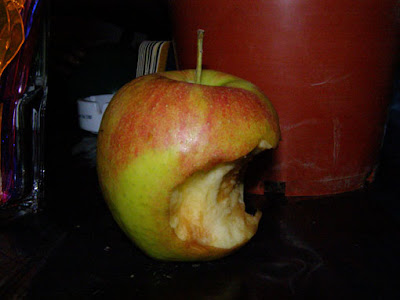 Then I saw a poster on the wall that said that a great noise band from the states were playing that night at a club not too far. I decided to leg it and took my chances on a) being able to afford to get in with the money I had on me, b) that the band hadn’t already started. I was lucky – got to see most of the support ‘band’ and then The Locust. They’re bloody awesome, intense, not something I have in my record collection ‘cos I like something melodic at home, but so utterly fantastic to see live. I’m not sure whether it was intentional about the timing of their appearance for Ars, but for me it was perfect timing – the Locust all play disguised as Locusts (minus the wings), keeping their privacy – and their music is hugely distorted by all kinds of nutty frequencies. It’s amazing! Being so near the Czech border too, there were loads of crazy Czech doom core kids – it was great to see.

Getting home at 1am, after almost leaving at 8:30 – What a way to start the festival!