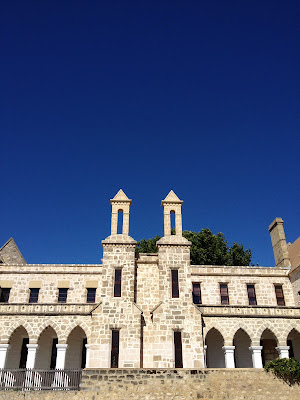 for the first time in ages, i went to see other people’s art. it feels so strange to write that, considering how much time i spent doing just that prior to this year. i guess the recent article was right in a guide to buying art when the author said ‘don’t listen to artists, they’re too busy making art to see anything’. damn.
i digress.
on saturday i went to fremantle arts centre to see what was on offer. i’ve seen some good shows there during the last year, but i was a bit disappointed this time – the paintings and prints from the mark howlett collection really left me cold and the women in fremantle public art design competition made me angry.
the paintings i did enjoy were a series with geometric consideration. not hard-line math-art, they were nonetheless drawing from isometry, representations of dimension and had a quasi-sculptural element to them. the framing/structure of the paintings themselves contributed to their form. 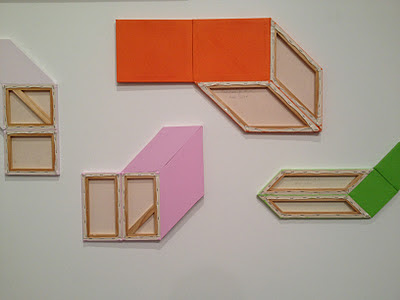 upstairs was an exhibition of public art proposals about the women of fremantle and within 3 minutes of being there, i was pretty damned angry. in fact, if i was a woman from fremantle, I’d be pretty damned depressed that the only way of representing me was as someone concerned with facile symbols of out-dated ideas of ‘femininity’:
chocolate moulds of flowers and hearts, guadalupe on a ship with safety pins and an iron; a bracelet and a pearl necklace. 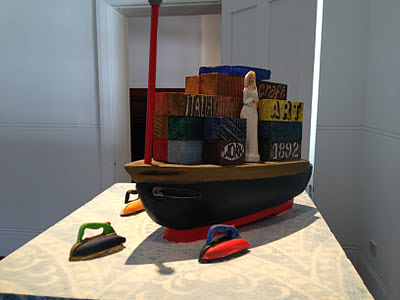 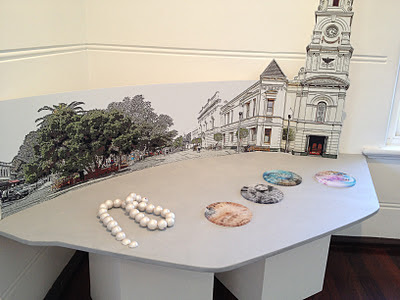 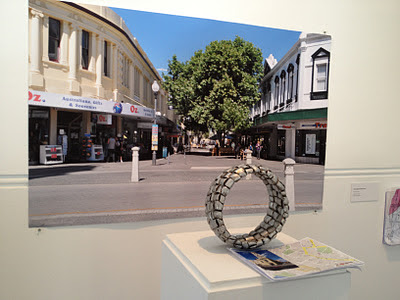 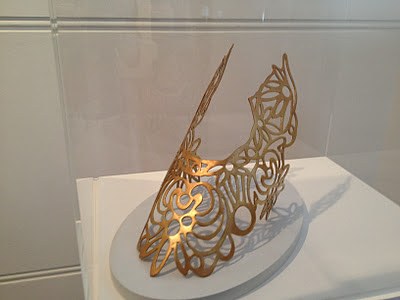 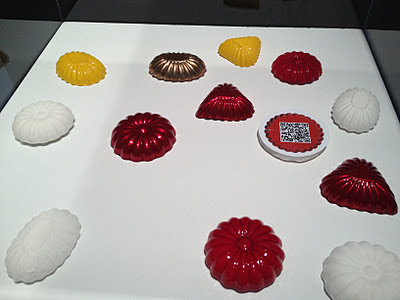 i mean, for fucks’ sake! are the women of the area so uninspiring that the artists can produce nothing less insipid? the only image that didn’t make me want to go on a rampage was a twisted, ribbon-like form that was reminiscent of the pink ribbon of breast cancer research, twisted with a double helix. the video produced was an investigation in form, but it was more interesting (or perhaps less embarrassingly out-dated) than the rest. 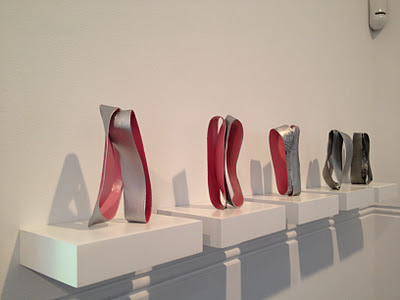 i don’t think these plans or ideas reflect the true depth of the history of women in the area. in fact lily hibberd’s play and exhibition showed more research into the women in the area and she’s from melbourne.
this exhibition also dangerously paints female artists as limited, not concerned with the depth of another woman’s experience.
perhaps there has been no funding attached to this call-out for a new public art work, which results in no time for research or thinking.
it may be that the artists involved felt that they couldn’t investigate ‘difficult’ subjects like education, imprisonment, racial discrimination, madness, triumph, glory or revolution.
it may be a case of jumping to conclusions about the lack of depth of fremantle/western australian audiences (which i can understand). either way, the work suffers, art as a whole suffers and the depth of women’s experience in public has been reduced to a cariacature, which is unacceptable.
so, looks like i’ve been a bit grinchy with my writing about others’ work for my first one back – sorry about that. over summer i’m going to try and check out some more shows, so i promise to make it up to you.
thanks for subscribing to she sees red by lauren brown. xx