on wednesday night, the latest bill henson show opened at tolarno galleries in melbourne. i couldn’t make the opening, so went with my best friend – a photographer – on friday afternoon as part of a lovely art mission.

despite being vehemently against his early, highly-suspect means of procuring wasted junkie models, i have been a fan of bill henson’s work since my photography undergrad degree back in the last decade (sssh. i’m scared how long it’s been too). 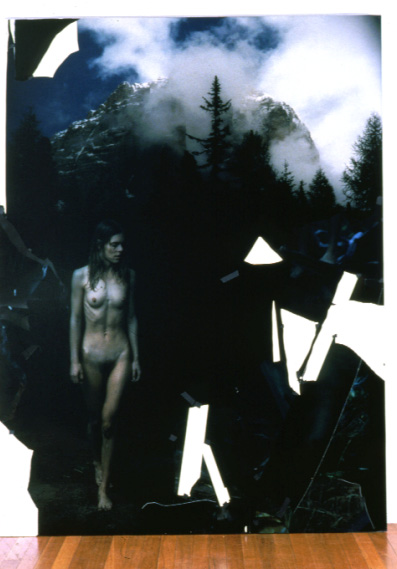 his early, dramatic cut and tape works that replicated romantic painting and baroque ceiling frescoes captured my heart and i have had a soft spot for his dark ways ever since. even in this post, i’ve defended his practice against a silly art-ish writer muppet who was convinced he was a conceptual artist.

and despite this, i walked into the beautiful art deco foyer of the tolarno building with a vague sense of cynicism.

after all the hyperbole of that bloody roslyn oxley show, and all the rah-rah-wah-wah surrounding the use of children in art, i held little hope that bill’s work could still be so strong and beautiful and dark. i was actually expecting him to just phone it in and reproduce some old stuff, or keep away from the human, adolescent figure at all. i think i would have even forgiven him a mild resignation. i mean really, it must have been fucking exhausting listening to kevin rudd, former prime minister and part-time minister for expressing aesthetic opinion, find his work ‘revolting’ – like he’d even stood in front of one. or to be the subject of yet another miranda devine tirade, boldly going where no brain cell has gone before.

if there was a sign on the gallery door saying ‘sorry, bill’s moved to iceland, where he is surrounded by erudite and educated individuals’, i would have sighed with disappointment, but understood.

but instead, bill henson has just kept doing what bill henson does. none of the images in this series are particularly shocking – i honestly think they hardly ever were. but in this show, he has strengthened the comparison between the ‘disgusting’ naked, nubile, human form of his photographs and the images of naked, nubile, ‘depraved’ form of jesus and friends that titian and michaelangelo made that the masses ram themselves in to see.

he also returns more firmly to the link between body and landscape – the dark, dangerous, mysterious and isolated aspects of nature’s elemental forms, and those equivalent in the human figure.

someone from the murdoch mafia will probably find something in this series to have a whinge about.  delta bloody goodrem‘s marriage is front page fodder, surely a bunch of thin, sickly teenagers in dark moody photos is something to feature, right?

but for the rest of melbourne who haven’t quite lost the function of their frontal lobes, go and see this show. it is beautiful.

yes, i used the word beautiful.