I’ve written about empathy a few times on this blog. There’s something about it that seems to be crucial to being a human being, an artist and a citizen. On friday night, the conversation turned to empathy and it’s relationship with being able to learn languages. A friend was noticing the link between his partner’s inability to pick up languages and her lack of understanding about the more pathetic aspects of his personality. i use the word pathetic here intentionally, as it highlights the link i’m interested between empathy and pathos and that etymological goodness in between. The polyannas of this world, who prefer to only laugh and dance and skip, not to stir in the muck of difficult feelings like sadness and despair, miss out on the depth of subtleties of the human condition.
oh, “the human condition”, hey. romanticism is sooo 19th century..-ed

I guess when it comes to understanding and having a compassion for the way another person is – to walk a mile in their mocassins, to be able to talk their language – pathos is crucial. You need to know what it feels to hurt, as pain is universal. In fact, i think pain traverses cultural and linguistic barriers more so than happiness, love, freedom. We all have slightly different definitions, needs and expectations of love, joy and other lovely feelings. However, i think grief, anger, pain – all those wonderful experiences – resemble each other across the divide. The way we deal with them, mind, is so different that it’s ridiculous. But if you say to me ‘ i’m sad’, i know that i have felt sadness too and can relate to how you feel, whether i enjoy it or not. but i don’t need to wonder about translating that into something i can define. Whereas, if you tell me you’re in love, i think that i have been in love too, but there is always a sense of difference, perhaps an insecurity of whether i have really felt what you feel and whether we speak of the same experience.

I believe that it’s the pathetic, uncomfortable elements of us that are interesting. I see them as points of intersection between one language and another (empathy) and perhaps between the public and private self (identity). 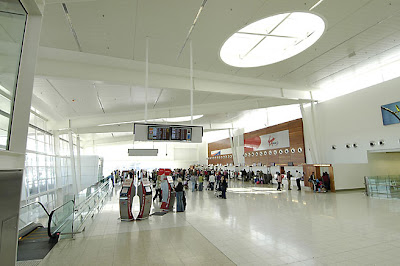 i wrote here a while back about my particular relationship with airports and air travel. in fact, i discovered a hot book called airplane the other day at gemma’s place – all the cool stuff about airplanes. naturally including ms penelope-inspired hostess outfits from the 70s. swoon!

but this is not a post about pan am. or pam ann

when i was at the RMIT architecture open studio thing, i was checking out the lower pool concept drawings and projects – quite a few at docklands (yawn), a stadium and and one which caught my eye about airports. while the sketches and mock-up didn’t altogether float my boat, there was a strategy diagram which underlined the whole reasoning behind her project which was amazing – focusing on the sad, happy, lonely and waiting places of airports. yes, that’s right kids – emotions! the intangible, but incredibly real element of human-ness in airports. i can’t tell you how pleased i was to see this appear in the working docs for the plans.

i’m not an iconoclast. i like a building to look beautiful. but i also firmly believe that architecture has to work. it has to support the process for which it is intended. it has to respond to the brief (which, interestingly, i heard as the main difference between craft and design). what i think happens a lot of the time is that the brief can easily get swallowed up in the tangible: on time, on budget, OH&S standards, building codes, material considerations, door widths, step heights, dimension, depth, reflections, etc, etc. of course those things are important, but and then don’t forget about the fact that within that space, somebody is going to feel something.

this is the bit that keeps me thinking about place and looking at space, is this consideration for how somebody feels somewhere. and perhaps good architectural design – be that exterior, interior, landscape or urban, is the best possible consideration for our emotions.*

*which just got me thinking again about empathy. hmm. spaces for empathy. 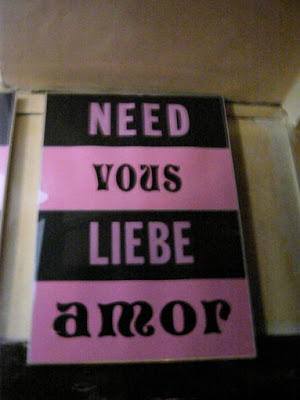 I’ve been thinking about this for a while – ever since this post about empathy. i tried to find some proper academic literature on empathy, to try and understand it in terms of science, but failed to find anything. granted, i didn’t look all that hard, really, just the manchester city library. but i promise i will in the future.

in spending time in galleries, as i do*, i’ve realised that when i like a work, i empathise with it, the artist, and what the artist is trying to convey. a good piece of art is something i have a relationship with, communication happens (which is more than being visually spat on) and for that to happen, there has to be a reciprocation of understanding, and empathy.

and in trying to figure out a little bit more about how to cultivate that empathetic flow, i’ve been thinking about language as the main conduit of communication. bring on roland barthes, levi-strauss and the other linguist/structuralist/deconstructionist theorists!

lately i’ve been hanging out with a few kids whose first language is not english and on one evening in particular, oehmchen mentioned that he thought that poofter sounded nice, rather than an insult. after our initial quizzical looks and then hilarious laughter, i realised the basis for this was actually because in his german pronunciation, it was spelled puffter, and puff is kind of nice, really.

and the reason i made this connection, was because i studied german in school, have a bit of understanding of their diction, grammar, etc, and could follow seb’s reasoning.

which brings me to a realisation that i had, which may or may not be founded in anything other than bollocks, but i’m interested in the idea anyway. that learning a foreign language is a way to learn empathy. when you learn a language other than your own, you have to learn how to think in that language, using that particular language’s structure, habits and pronunciation (codes, signs, etc). you need to develop a context for the language and in doing that, you begin to understand and empathise with others who speak that language… ‘when in rome, do as the romans do’ – to translate one experience into another.

these skills are all used when you empathise with others, and communicate using empathy – you think about how another may think, you concern yourself with the context they are in, you translate that to your own experience and (hopefully) make a choice based on that understanding.

like i said, it’s based on nothing but a bit of thinking/imagination and trajectory, but i’m going to give it a whirl. please discuss.

*gallery per day is going through some conceptual difficulties at the moment, but i’ll post some reviews here soon

em·pa·thy [em-puh-thee]
–noun
1. the intellectual identification with or vicarious experiencing of the feelings, thoughts, or attitudes of another.
2. the imaginative ascribing to an object, as a natural object or work of art, feelings or attitudes present in oneself: By means of empathy, a great painting becomes a mirror of the self.

definition from the insufficient, yet currently convenient dictionary.com.

at an art opening (or ‘private view’ as it’s called here in the closed system that can be the art world), i found myself talking to an investment banker who was really interested in what i was jotting down in my trusty moleskine about the show. we were chatting about a painting that he had made an offer on, a work by pierre gerard, which featured the exposed insides of an orderly, cubicle-filled office block and the exposed chaos of those within it (possibly once the privacy or structure of the wall was removed?).

being an investment banker, he could completely related to the cramped and mad quarters that were depicted and asked me a really important question: how do you speak to people like me (ie. those living in a trapped environment of great pay, soulless work) if you’ve never worked in that kind of environment?

i was a bit stumped really. i know that i look at universal ideas of structure and destruction, which often speaks to people across demographics, but that’s not really what we were discussing. we agreed that using imagination is important (and that’s what artists, creatives are excellent at) and that empathy was key.

now, i believe i have empathy. in fact, i’m pretty sure of it because i could feel how these people in the painting felt, and also how our investment banker guy felt, going into the office day after day with absolutely nothing apart from his paycheck to keep him going back. but how did i get that? and how do i continue to regenerate my empathy, so that i don’t become a self-absorbed artist-type only being able to speak to other self-absorbed artist-types?

and i have no idea.

friend and super artist, anita larkin, has created an artwork, a machine for inducing empathy, but i’m pretty sure it’s not a functioning unit. and i’m sure there is critical and learned writing on the subject, i just haven’t looked at this stage. for me it’s always been a bit intuitive and impossible to clearly articulate, but is that being naive? do i actually have to do things in order to maintain empathy (as opposed to apathy)?

and despite the above definition, is empathy more than just the intellect. isn’t in fact a mental, emotional and possibly even spiritual action (verb, not noun)? do you need to actually feel something, understand, have the concept of transferrence in order to really have empathy with someone. and if so, can you do this only through the ‘method’ way of doing things, literally walking a mile in another’s shoes, or does imagination cut it.

i don’t necessarily have answers, but, as an artist, that conversation with paul the investment banker was incredibly important in reminding me of my purpose to communicate with people, to speak to them and that i should never assume an arrogant stance with it.