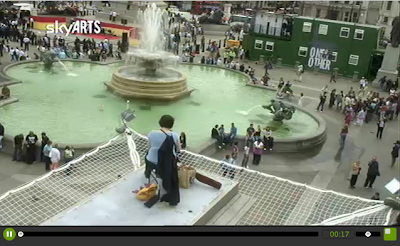 personally, i was rooting for tracey’s work. i wanted to see meerkats in trafalgar square.

and, to be honest, thanks to the oversaturation of gormleyness a few years back, i was feeling a little lacklustre about one and other. until i started hearing about it online and i saw the live streaming.

yes, i’m talking about the fourth plinth commission – the public art work that is situation situated on the spare plinth in trafalgar square. thomas schütte‘s hotel for the birds has come down and has been replaced by the controversial winner of the public competition. beating tracey emin and yinka shonibare to the post. heh.

but this, kids, is an ace use of technology and art in the public space. yes, the ‘ordinary englishmen’ aspect of it can be a little ho-hum, but getting to know the ‘plinthers’ is pretty cool, and the live streaming is almost as good as nils september and his ikea durational performance last year. 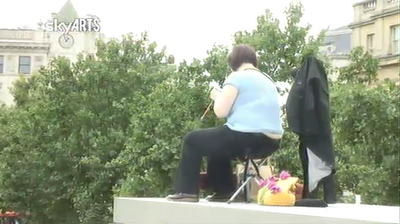 i could go on about other shit aspects to it, and pick apart the ‘everyone is an artist’ beuysian references, but i can’t be arse at the moment. what i like most about it at the moment is the sheer car crash television aspects of it. i am addicted to it. in terms of durational/ritual/torture work, it’s kickin’ arse over the tour de france and master chef anyday!