this week has been filled with lots of cool stuff that reminds me about being a kid – swimming in the pool after dark, cycling in the sun, my mum’s birthday, kids books and kids-books-as-movies.

tonight i found out about the seriously-long-awaited release of matilda mouse by simon griffin. simon is the brilliant copywriter from love, all round top bloke and fabulous childrens’ story writer and i was lucky enough to get an audio book version of his book when i was in manchester in january. it’s such a beautiful story and add to that a series of amazing illustrations, snazzy double gatefold in the middle and the smell of ink, and you have a very awesome childrens’ book about a little mouse with hiccups.

i know that everyone in the universe has posted the trailer, but i couldn’t resist.

where the wild things are is finally seeing the light of day.

a dear friend worked on the production, so i feel like i kind of know it a little more than i ordinarily would about a film. which means i’m super excited.

i’m usually a purist about books and their film adaptations. [i’ve only ever like one adaptation and that was, believe it or not, hitch hikers guide to the galaxy – mostly because of the cast.]

but this is one i’m going to break my rule and watch. how can you put spike jonze, dave eggers and that beautiful production design in a room and it not be at least worth $15. i have to wait ’til october, but that’s probably for the best, because i’m kinda busy until then anyway. heh. 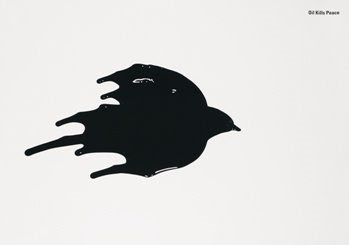 congrats to mark gowing for his gold medal in the poster prize at the 21st international poster biennale in warsaw. yay! 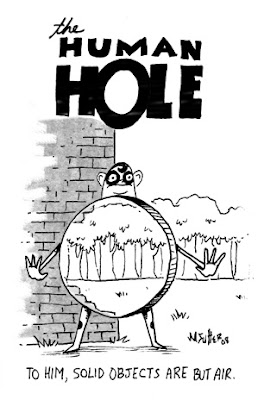 a while back, a few of us posted about The Superest: the great blog, which is a game between two artists to come up with a superhero whose superpowers cancel out the previous hero’s.

well, i just wanted to let you all know that it’s still going! and it’s getting better.. I don’t know how the hell they do it, but it’s fantastic. It’s up there with The Sartorialist and Postsecret as my favourite simple yet delightful ideas that have come to life on a blog.