last weekend i went to a club night i go to (mostly) each month. after some trouble and/or craziness at the last one, the organisers decided to be quite strict with the dress code.
“make an effort, or no entry” was the word on the street. ermm.. or the facebook invite 🙂

which is fine – i usually make a bit of an effort anyway. this time i went as full tilt as i had – furryy collared coat, high-waisted 40s skirt, quiff, stilettos. i had a ball and thought i looked ok, until i got to the door and was refused entry. i practically had to beg to get in, after having to take off my coat to prove that i was ‘dressed up’ and had tattoos, etc. and then, when in the club, found myself resentful and comparing everyone to make sure that all were at appropriate standard.

i felt quite ill and didn’t really appreciate being in a sub-culture that generates that kind of segregation and separation, for the sake of ‘safety’. methinks a little smarter ‘crowd control’ is in order. or an actual guest list. like the big kids do.

apart from it slightly spoiling my night, it did get me thinking about this strange concept of secret societies: the freemasons, the speakeasy, alcoholics anonymous and the secret seven. 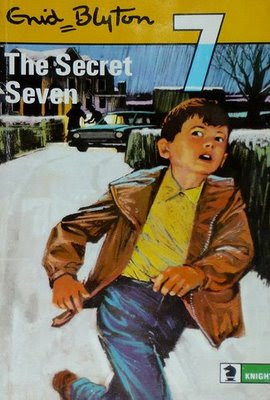 is a secret society deemed private? or part of the public sphere? considering one’s behaviours are regulated by the populace, and you are not in your own home, there’s a leaning towards that of a public or political group. but then again, there’s the idea that you have a sense of privacy within a secret society, that there is security and withdrawl from the greater public.

then again, perhaps the attraction or place of these societies in the greater public realm is that they inhabit the divide between public and private – that they provide social interaction that is neither and/or both public and private. that morals and conduct and finances and a sense of community are all addressed for >1, but at very controlled levels.

i have no great conclusion to this idea, but it’s something i’m now very interested in… hmmm… [insert chin stroking and pensive look here].