From behind the black curtain, you can hear snoring, groaning.. “i said, Fuck Off!” and “What the fuck do you want?”, then an almighty scream. I hear this day after day while i mind the space. The rest of you hear it for a minute. 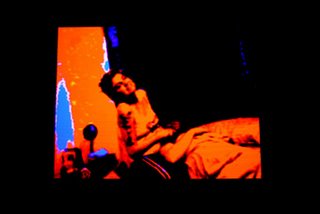 The videos begin to illustrate the point of impact. The time when a woman officially ‘loses it’. Whatever ‘it’ is. Little vignettes of that point in time when she’ll see red, the blood boils and whatever has pushed her to the limit is now in danger of not existing at all.
These woman commit heinous crimes – stabbing, cutting, choking in rage. Or is it just in their heads. For most women, this is the place that is the most violent of territories and this projection room has that cerebral kind of feel. But the works actually bring such violence into the open. It is now seen in real time, with sound and movement, not hidden or secret. 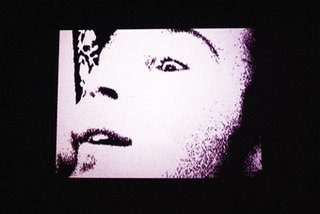 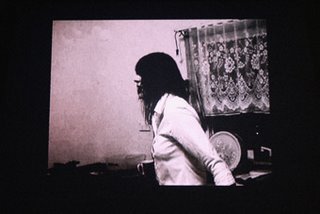 This element of the installation is the crux of the show. It’s about actually representing women’s violence and being aware that it exists. In fact, all humans are violent. We commit the most disgusting atrocities on each other, on animals, on the environment. This exhibition doesn’t condone violence, but simply presents it. The sooner we accept our violence, perhaps the sooner we will be able to refrain from bowing to it. 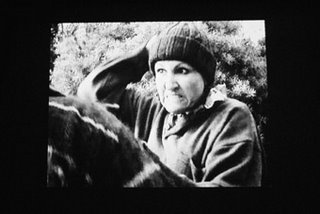 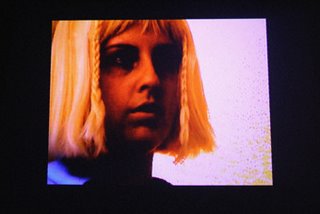 And the videos provide women with an opportunity to see their violent minds enacted. The next room provides the evidence, the blood and gore and the aftermath of these acts.