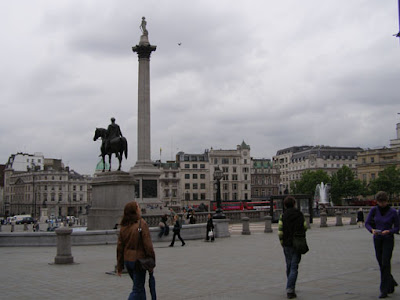 The kids over at the We Made This blog have done a great post on the Fourth Plinth project happening in London’s Trafalgar Square. It’s a public sculpture project, with a shortlist chosen by experts, exhibited at the National Gallery and open to consultation with the public. Luckily, it’s in London and has the involvement of the National and the Mayor of London/GLA, making it somewhat more refined and educated than something with audience participation like that would end up being here (think Australian Idol vs The Archibald).

Which i think is a bit of a shame, really. Seeing as work is created with public funds and is in the public domain, having the public take some ownership of it by having a say in its selection makes sense. In theory.

The reality here is that a larger proportion of the Australian population don’t give a fuck about art, don’t know anything about it, don’t want to even consider paying for it out of their precious possible-loan-repayment money and don’t listen when it is explained why good public art makes a difference to a city. 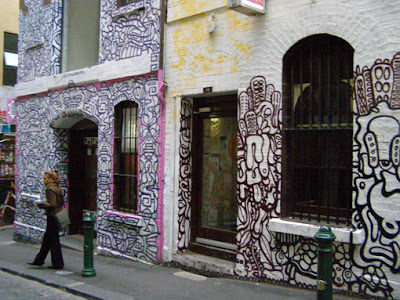 Which is such a pity, because there is a dearth of good public art sculpture out there (especially in Melbourne, a city brimming with good sculptural artists) and as discussed in a recent (suprisingly decent) Australian Art Review article, those responsible for commissioning the works are largely bureaucratic, unaware and narrow minded. Imagine if the process became a collaboration between curators, museums, artists and an appreciative public, like the Fourth Plinth project? This city’s reputation for public sculpture could almost match its reputation for street art, fine art, music, culture and general funky goodness.

Oh and as much as I would love to see a family of Trace’s meerkats hanging out on the plinth at Trafalgar Square, I’m going for Jeremy Deller’s Spoils of War. Register your opinion over here if you like.