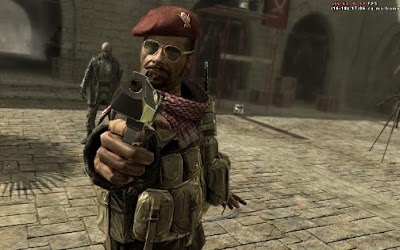 image pinched from the kaiser edition, via Activision’s COD4

I read this in a post today and it got me asking some questions:

Firstly, since when are over 50s ‘senior citizens’?

Secondly, are these stats really surprising? Video games have now been a major element of pop culture since the early 80s. Hell, I used to go down to the fish’n’chip shop to buy my dad’s cigarettes (with a note of course), and with the change i was allowed to buy myself a Chock Wedge and a game on the sit-down Space Invaders, but it would always be taken up by the older boys. Those older boys would be at least 45 by now, so it’s hardly a stretch to think that there’d be a whole bunch of over 50-55 year olds who would play video games. Hell, Steve Buscemi, Nick Cave, Nick Hornby, Dan Castellenata (aka Homer Simpson), Daniel Day Lewis, Dawn French and Stephen Fry are all 50-51 and I could certainly imagine at least 2 of those hip’n’groovy cultural coolsters playing video games. Steve Jobs is supposedly a ‘senior citizen’ – surely he’s a gamer from way back!

Plus, considering that this age bracket is also from the height of the baby boom, there are probably 24% more ‘senior citizens’ doing everything at the moment, just because there are 24% more of them!

I find it amazing that statistics like these continue to be used for market and cultural ‘sensations’. Like there’s a marketing glut in this new-found demographic. In fact, I find it quite weird that we continue to be shocked by the influence of pop culture at all. Surely that’s the essence of it – that everyone is into it?