So, regular readers of this blog will know that I went to Interesting in London this year. I had a ball because it was a fantastic conference featuring a huge range of topics, styles and information on anything that was interesting. It was like the real-time, real-life equivalent of a combination of a library, speed-dating and bloglines and I got to meet up with a whole bunch of bloggery, twittery, interesting types.

Now, the southern hemisphere will be hosting its own version, called Interesting South, held at the Bondi Pavillion Theatre on the 22nd November.

And, I’ll be speaking at it. 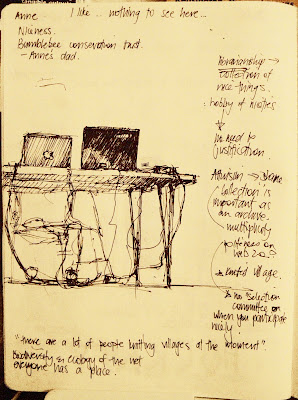 Eep! I’m shit-scared and excited. All at the same time.

Although part of me wants the theatre to be completely empty, I’m still going to encourage you to come along. Seriously, there are some amazing people speaking about some cool shit and if it’s anything at all like the London shindig, it will be a great day!

And obviously, go to the website to check out more info.

I’m also going to be helping Emily and the Sydney Coffee morning kids out by doing some backdrop/set design stuff, so when i get some images of what i’m doing, i’ll post them on here.