.. i went to the opening at first draft on wednesday night.

it was fucking great though – bit of xmas theme happening with striped candy canes and other coloured lollies, the 1/2 dozen boys were selling their 2006 catalogue, which i can highly recommend, and there were some really great artists on show.

in the front room, michael moran was showing not here (to make sad songs sincere)ink works on paper that were damn cool – text based works with just enough angst to be spicy, but no so much that i wanted to vomit. my favourite was the one attached to the front window of the front space. not a traditionally easy place to install a framed work, it actuallly fit perfectly and conveyed a bit of a philosophy in a way – it is what it is, because it is.

emma van leest, whose work from a homage to a private place i had previously seen in her studio (as a sneak peak walking past with her fellow studio buddy), was skating out the doors. they were beautiful cut paper dioramas, with a really oldy-worldy type feel. something about them reminded me of rudyard kipling and the jungle book, for some reason. maybe i had a pop-up book version that looked like one, but anyway, they were so delicate and inviting and cheap! 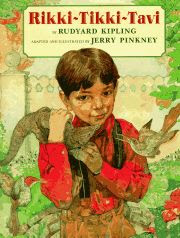 and to go with the jungle book theme (well, my jungle book theme) in the back room was the riki tik tavi installation. with a pile of rubble in the middle of the floor – the result of a performance of the smashing of huge bits of rock, some paper works and small video works. the video works were the strongest and my favourites were cabin fever and woodstock wood, featuring kate and marley playing ‘games’ of sorts – the friendly rivalry type. the first one was within a brown wooden bird-house type-thing (which, according to the room sheet is a dog kennel, but i prefer bird-house) which you peered into, and featured them piercing a can of woodstock bourbon mixer and skulling it. you didn’t see them throwing up, but boy it was close. the one prior to that, (cabin fever) which i think was better viewed second (‘cos that’s how i viewed it, and it was hilarious) was them, in a sauna, with sailor hats on, saluting for as long as possible before one person faltered. thankfully i was able to talk to kate and got the low-down ‘cos i didn’t realise that they were in a sauna, or what the deal with the game was, but you still got the essence of competition and the fun of it all. it was all quite amusing.

it was a great way to end the year for sydney shows and a nice vibe, with lots of people, lots of chat, good art, good sales and nice weather. i left at exactly the right time, and as i was heading back to the country terminal, everything kind of felt right with the artworld. just like a rudyard kipling book.