i’ve been doing a lot of thinking and a bit of reading lately on one of my keen interests at the moment: culture jamming and guerilla artworks.

while i’m in london and europe, i’m going to do some much more intensive research and talking with people about it (not to mention hopefully doing some of my own), eventually ending up (hopefully) as a masters thesis. and in response to seb’s post about it and then age’s dedication, i thought i was high time i posted about it here too. that way you can all rubbish my research before i’ve even started it! he he he..

there’s already a lot of talk and online content about culture jamming and there could be a chapter all on its own about the relationship between culture jamming/street art/guerilla artwork and the internet (ooh, lovers). but at the moment i’m really just focusing on a few specific things about jammin and other forms of renegade visual communication: the city, the architecture, the market, the politics. 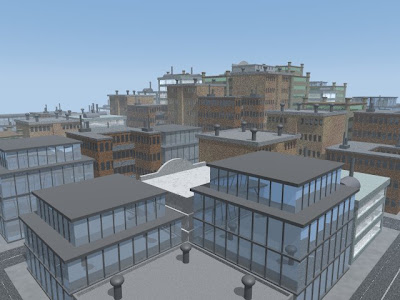 seemingly, street art, culture jamming and interactive architecture are all mostly the domain of the metropolis: lots of people, lots of buildings, lots of advertising and noise and information and activity. and with all of that comes a dichotomy of exposure and anonymity. within the throng of people and shit going on, artists/jammers can more easily undertake their works of art, sometimes in broad daylight, and city dwellers won’t blink an eyelid. it’s the nature of living in the city, with the weird and wonderful mix of people and their business, that we’re so alienated and dissociated from anything that’s a bit strange or out of order. and the added attraction of throwing up a piece in the city is that coupled with the anonymity of the action is the sheer volume of exposure you get. your audience wide open and (more often than not) open minded.
however, despite these conduits to creating renegade works in the city, there is also the chance that, because of the volume of visual information aimed at metropolitan populations, the message will be lost or treated with indifference. i could go into the irony of this, but will save that for later.

so what is the relationship between the city and the renegade artist? and is the city hidden character in street art/culture jamming/guerilla works? i know that amazing works is created in the regional areas and significant messages need to be taken there, but can this form of communication exist in a place that is more open and exposed, where the populations there may not. 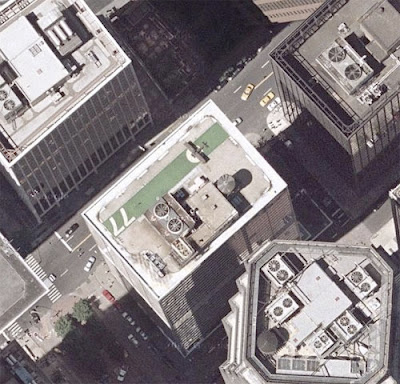 relating to the city is the interesting relationship that culture jamming/interactive architecture/guerilla works/street art has with architecture. more often than not, images are sprayed, posted or projected onto walls of buildings. wooster’s spring st project even went so far as to take over the whole building, really embracing the relationship street artists and creatives have with architecture.

i’m going to spend some more time thinking about this aspect of it, but a couple of thing really interest and excite me about this relationship. the first thing is about value. currently in australia, street art and guerilla installations are seen either as a nuisance or a ‘cute’ form of expression, like a side show. but what if the value of having artists and therefore an audience interacting with a building or infrastructure was seen as a qualitative and even quantitative element in the success of a building. is a building a worthwhile building if it gets plastered by amazing artworks, projections and messages – proving that the residents and visitors of that area actually engage with it. and if it could be proven, would development of suburbs and burroughs only be approved if the architects and developers could prove that the building was conducive to this kind of interaction? i’m not an architecture student, so i’m not sure how much interactivity comes into play with the analysis and appreciation of architecture, but i’m dying to find out. 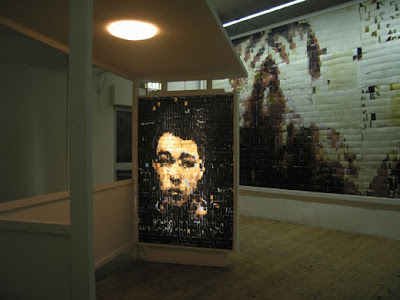 thanks to seventeen gallery

as much as artists bemoan the commercialisation of art, the reality of the situation is that the art market has had an influence on art practice and production at least since the 17th century. you think rembrandt created those amazing self-portraits for the good of the plaats? so, given that the art market is becoming increasingly cut-throat and we’re all becoming more and more aware of marketing and promoting, not to mention the assault of ads (especially in the city – see above), it’s little wonder that art is created which attempts to be outside of those constraints and customs. not so easy to walk away with a piece of flinders lane wall and proudly say to your lawyer mates that you’re ‘supporting the arts’ is it..

so how are the galleries effected. if audiences like to be able to have the freedom and easiness of checking out some great works on their local corner, or waking up and seeing the latest Nike ad stripped bare to become a face of a street urchin, do they still buy work off the walls? how much have the commercial trends in art buying been affected by what wooster affectionately call ‘the banksy effect’?

but despite all of that, major players in the culture jamming and street art game – cut up and banksy are now in galleries, supported by them, with their clients and mail outs and the regular trimmings of a regular art industry. what interests me about this is not just the irony, but the power of the market. and are these two examples even indicative of the ’embrace’ by the regular art market on these forms of art/communication. does this constitute a ‘sanction’ by the galleries that say ‘street art is OK, as long as you make some on canvas that i can sell’. or is it merely a fact that these artists want and deserve the financial rewards that come from slugging their guts out night after night, trying to make the world a better place? 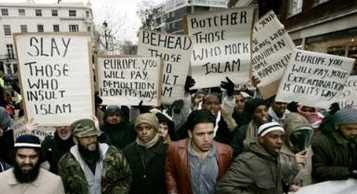 and i don’t just mean liberal, labo(u)r, tory, democrat, republican, forza italia or northern alliance. i also mean the polloi engaging with their environment. renegade art forms usually have a political or criticial message and the nature of the artform and its place gives artists the freedom to say these things and speak their mind in creative ways, a throwback from the situationists. with the amount of good political street art being created rising and people’s understanding and appreciation of it increasing, are people becoming more politically aware through their art, or is the art a reflection of the political awareness of the masses that wasn’t being expressed through ‘high’ art. which came first, the chicken or the egg?

as you can see – i don’t have answers yet, just a whole bunch of questions i’m hoping to answer later on. but the questions are also a way into looking at these forms of art that haven’t previously been discussed. i’m hoping that when i get to speak to some of the amazing people involved in this ‘sub-culture’ (for want of a less patronising term) that i’ll be able to answer a few of those questions and also to really clarify why this form of visual communication is so vital.