Following on from Interesting South, I’ve decided to go to more stuff like it more often: Pecha Kucha
Started by a couple of architects, Astrid Klein and Mark Dytham, it began as a place to network and also to check out their eventspace. It has since gone on to be a global thang, a place to hear interesting people talk about interesting things.

I almost got to one at the ICA when i was in London, but missed the last one. Bugger. But, filed it under EXCITEMENT PLUS, the last Pecha Kucha Melbourne for the year is on Tuesday night! Yay!

At the Blue Diamond Bar on Queen St from 6-ish, I’m looking forward to checking out a variety of creative/brainy type presenations. 20 slides, then get the fuck off the stage. Love it. 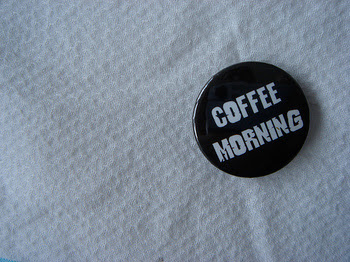 coffee morning flick thanks to russell davies from flickr

Regular readers will know that when in London, I did as Londoners do and went to Coffee Morning at the Breakfast Club in Soho. I met some amazing people there, including many who I call dear friends now. There are a few Coffee Mornings around the world. Sydney has one, Melbourne tried it a while ago and so I’ve decided to try and resurrect it. Mainly for the selfish reason of wanting good coffee and conversation.

The only thing is, I don’t really know what works for the Melbourne bloggery types out there, so I’m putting forth a bit of an option type thing and if people can put their suggestions in the comments section, that would be ace. [I should probably put up a spiffy poll, but I honestly couldn’t be fucked]. And if you know others who might be into it, get them to tell me too.

Option A
Friday, 8am

*Sorry to those for whom that was an interminable bore. Now, back on topic. 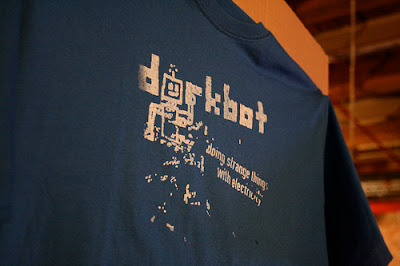 I saw Pia, fabulous Dorkbot Overlord speak at Interesting and have decided to go to one of the Melbourne Dork-bot meetings. Now, the last one for the year was last Sunday (while I was wandering lost around Wollongong, great.) but I thought I should just give it a bit of a shout-out anyway. Go to the Melbourne Dork-bot wiki for more info.

* It also reminded me of the fantastic Chris Northcote’s Forkbot, reconstructed EggsBaconChipsBeans at Interesting in London.

And what’s the point of all that garbage for? Well, the thing is, it’s the Real Life 2.0 version of a browsing, or going through your blog reader. Hearing about a range of stuff from strangers is fantastic for expanding your experience of stuff: great for empathy, brilliant for jiggling an idea around and, dare I say it, good for the soul. I like the way I feel when I hear new stuff and I feel like a more informed member of the human race. Surely that’s a good thing, right?