i’m sure this is so last century, but i’ve recently been hearing stacks about relational aesthetics and i’m intrigued! i guess i took it for granted that people create ‘political’ work, work that relates to their particular situation and circumstance in a meaningful and informative way, and encourages some kind of discussion about that idea, circumstance, etc. but now it seems that there’s a real ‘movement’ of it now. (that all sounds very cynical, but it’s not meant to, honest!)

in reading about artists that have been linked with this idea (those in the T’fouh exhibition, Zanny Begg, Lucas Ihlein, Art Interactive), i have wished that i was one of those artists. i’m generally an outspoken and political person, and when i see artwork, i like seeing works that are responsive to specific things, work that encourages me (and hopefully others) to participate in something other than reality tv.

unfortunately, i’m not one of those artists and it’s kinda got me bummed. i’m having to realise that i’m a daggy, conceptual artist that wants you to think about the human species as a whole, rather than relate to a particular group, event, idea. so last century.

Relational Aesthetics
Aesthetic theory consisting in judging artworks on the basis of the inter-human relations which they represent, produce or prompt.
BOURRIAUD – RELATIONAL AESTHETICS – GLOSSARY
gairspace.org.uk

in doing some reading for my cracking paint project, i’ve discovered the most exciting theory in my current codex of the moment: fontana’s dictionary of modern thought

entropy:
1. In thermodynamics: a quantity forming part of the specification of the thermal state of a system. Entropy may be calculated from the heat which must be added to the system to bring it via intermediate states to the state being considered. It is found that the entropy of any closed system never decreases. This is one formulation of the second law of thermodynamics, which can be explained by statistical mechanics, where entropy is interpreted as a measure of the disorder among the atoms making up the system, since an initially ordered state is virtually certain to randomize as time proceeds.
2. in cybernetics: entropy is generalized to measure the tendency of any closed system to move from a les to a more probable state, using the same mathematical apparatus as in above. If, however, the system is open to information, then this tendency may be arrested. This is because, mathematically speaking, information can be defined precisely as negative entropy (negentropy)

and i dropped out of a science degree all those years ago!! maybe i should go back and wade through physics lectures with dr carl again!

after a discussion with a director from another gallery yesterday, i feel the need to jump on a bit of a soap box, and plug my upcoming project at the same time. the discussion began about the work at Campbelltown for the Sydney Biennale and how it’s slightly tokenistic, and a long trek for sydney-siders to head there, for 6 artists, one artist talk and a lot of wide open space. i can kind of see where this is coming from and i’m all for making a much bigger deal out of shows in the regional areas in general, however, there is still that Sydney-centric attitude that comes with that idea. firstly, those from the outer limits trek for over an hour each way to see crap shows in Sydney all the time and although we complain about the train timetables, rarely do i bitch about having to have a ‘bigger deal’ about the show to go and see it. i don’t expect an artist talk for every art exhibition i see, in fact i’m pleased that i don’t have to deal with that each time! a spectacular takes the artwork away from being part of the vernacular, which is what we want (and that kind of rhymed nicely, don’t you think..)

and back to the Biennale.. as a very outer suburb of Sydney, I think it’s great that the Campbelltown show is as understated as the rest of the satellite venues – there is almost 3 months to check this work out – an extra hour on the train isn’t going to really kill anyone and the fact of the matter is, it’s about inclusion and not being patronising or condescending about the distance between the metropolitan centre and the outlying suburbs/towns. “Oh, the poor gems don’t get much good art, so we have to really spruce it up a little”.. OK, so we may have a much smaller percentage of decent contemporary art in these areas, but it’s still up to us to produce the gritty artists without the constant reliance on the city centre. it’s called sustainability. 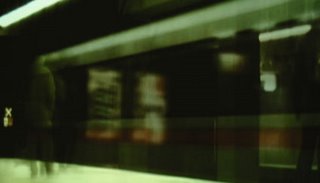 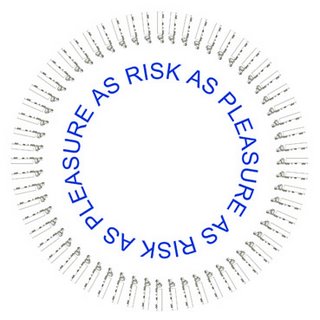 the exhibition is partly about investigating these same issues of attitudes towards artists from non-metropolitan areas, both from the satellite town and from the metropolis point of view but the exhibition itself doesn’t have a singular theme, per se. instead, we chose a selection of artists who personify liminal personae ‘threshold people – who live on the edge, who are on the outer, who walk the line or who flaunt it in various ways. and most of those artists happen to live in wollongong, because we live here, but the idea applies to anywhere or anyone that isn’t part of the sydney/melbourne art fashionista enclave. that all sounds a bit spiteful, but it’s really about creating the sense of possibility. artistes sans frontiers maybe? 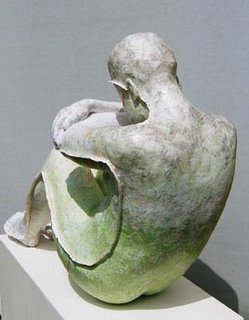 in having such an open premise for the exhibition, it’s been hard to categorise, summarise or pin down, which reflects exactly the nature of the show and the artists themselves anyway, so i’m pleased about that. and i’m really excited about the collection of artists who are on board, as well as our fantastic essayist, shivaun weybury who has gnawed on the ideas and ramifications of the show, and come up with a fantastic essay in the really spiffy catalogue. and although it’s going to wreck me, i’m actually loooking forward to installing on the weekend. there are bits of walls being pulled out and lights being flashed all over the place, huge paintings being hung on specialised pulley systems – Project is going to get a real working over and that in itself is really exciting! 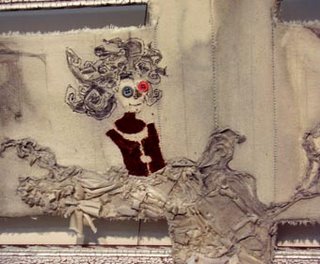 and after it’s all over, i’m going on holidays i tells ya!

Check out these sites for info and a peek into a couple of of the artists’ lives: projectgallery.org, spek.com.au, joannehandley.com 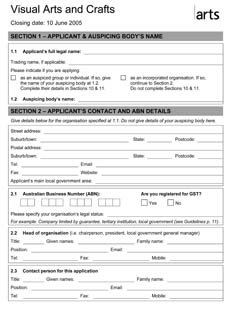 Part of the inspiration for setting up this blog was an piece by Gregory Pryor in a publication called Artists Talk, published by west space.. It was a copy of his diary over a week and notations of all the things he had to do as an artist, especially in the week leading up to a residency in Queensland. He mentioned the paperwork. Now I’m mentioning the paperwork. Outside of my almost-full-time job, I am the chairperson for Project Contemporary Artspace and a practising artist and this week, i’m working on 5 grant applications. For those that understand – yes 5! For those that don’t, here’s a breakdown of my life, otherwise known as a timetable.

Boy do i love this book! I’ve been working on some new projects recently and doing some research and theoretical thinking about a few things and whenever i’ve looked up a relevant topic in this book, my mind just explodes with the relevance of it all. One project I’m working on is a public art project based at a development site and i’m going back to the stacks of red, but instead of milk crates, i’m looking at fibreglass red cubes. I looked up a reference for ‘development’ and found the following:

developmental cycle: Concept develped by Meyer Fortes to understand the changes which take place within the Domestic Group. It provided as a concept the link between the individual and society. Fortes analysed the domestic group as the focus of social reproduction, where members move through a cycles of recognised roles at different stages of their lives. The cycle is expressed in spatial or residential arrangements. Fortes identified 3 phases in the developmental cycle: 1. expansion – the period of marriage, birth and rearing of children; 2. fission – the marriage of children, departure from the domestic group and the establishment of a new conjugal group; 3. replacement – death of parents and birth of children to second generation. Relations between individuals within the domestic group may be reflected in its different stages of development; e.g tension between father and son over succession may be lessened through the establishment of a separate residence.

For me, that stuff is loaded with connections to the work i was thinking about and has completely validated my original idea – not mention giving me further study for some of the relations between groups and within groups!

After the slog of putting on a show, it’s so nice to move onto the next work and see it rolling out before your eyes. Other projects I’m working on have also had connections to theories in this fantastic publication and i’m sure i’ll be quoting it again really soon!