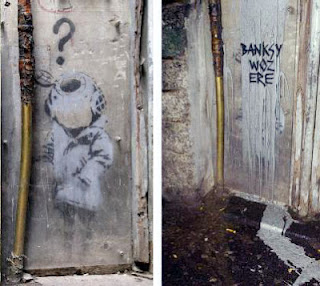 a couple of days ago, @ABCArts tweeted

‘street art is cool, but does it alienate some people?’.

the sentiment behind this tweet made me incredibly cross, for several reasons.

arrogance about the place of art in society.

i believe art is an incredibly important part of society – it has the capacity to revolutionise the way people see and experience the world – on an individual and collective scale. it has the ability to present a world above and outside the system of capitalism, politics, media, or the systems that produce alienation in people’s daily lives.

if someone feels disempowered, they will feel alienated by more of the world than a stupid tag on a wall. of course that will piss them off too, but it won’t be because of the tag. it will be because they don’t have a job/finances, are being beaten, feel discriminated against or don’t belong, can’t express themselves freely or are worried about their physical safety. or a host of other things.

actually the residency at Collingwood Housing Estate drove that home – autonomy, currency and agency were more important than art. art helps instigate a desire for those things and can reflect that potential, but ultimately it’s more important to have people fed and sheltered well.

the use of alienation

alienation is more than just pissing people off, not liking something, or feeling uncomfortable. it is a condition that is deep-rooted in the anti-social – not feeling part of the community or the human race as a whole. it is the lack of purpose in ones life, a disempowerment to achieve freedom or a sense of self. it’s on the scale of violence, in terms of the negative effect of a persons’ wellbeing.

i’m really doubting that street art, even if it’s not to people’s taste, really alienates people and the use of that term in the tweet feels inflammatory; superfluous, rather than a proper understanding of what alienation is and why it’s a real concern.

if ABCArts is really concerned with alienation, we should be looking at how the arts influences policy and social behaviour on a larger scale, in what ways economy and the arts are complicit, how street art influences the mental health and well-being of youth identity and community culture. etc.

i realise that i’m being slightly picky and pedantic, given the amount of shit troll tweets out there on a daily basis, but as someone who occasionally makes art in public (on the street), and who has a real interest in street art/culture, it pissed me off.