I’m in the middle of a doing a process performance work: a tragi-comedy in 3 parts, otherwise known as house-hunting. I thought I might amuse myself by documenting the process on this blog and making comparisons to communicating with an audience. what a laugh that will be.

The first act was a beautiful townhouse in carlton, inhabited by a couple of young spoilt brats, which was a real shame. I could easily have lived there, done the place justice by keeping it reasonably tidy, using the little garden and cooking up a storm in the kitchen. none of which these girls did. it was all party-party-party and daddy’s money. great if they were my friends, but a nightmare to live with.

it was like a trashy mag, or a soap opera, or a ken done painting – the potential to use the place for good, but ending up just a whole lot of surface. which is fine in small doses, but, even though my motto for the year is to take myself less seriously, that would be taking it a little too far, into mid-life crisis territory. 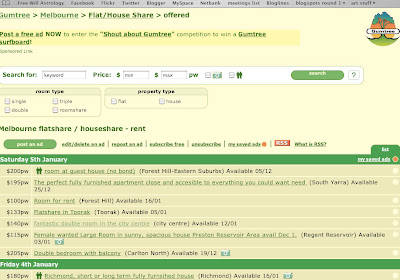 the second act was advertised as an affordable 1-bedroom place in Parkville (close to transport and the city). so close to transport that the freeway was out the back window and so affordable that the place was like something out of requiem for a dream, or trainspotting – smelled of piss covered by air freshner, the carpet torn, the door busted in more times than I can say and the feel of a place one goes to die.

it was a classic story of not reading between the lines again. I forgot that real estate agents and landlords have a language which resembles plain English, but actually uses nutty signifiers, like gonzo poetry. affordable = dive, close to transport = right on the freeway and/or trainline, cosy = tiny, leafy area = out in the sticks. taking marketing to a whole new level.

I did have a discussion with the real estate receptionist, something along the lines of ‘what the fuck were they thinking’ and she replied, simply, “greed”. it got me thinking about greed and wondering if it’s only greedy if you’re dumb or exploitative about making your money. more on that later methinks. 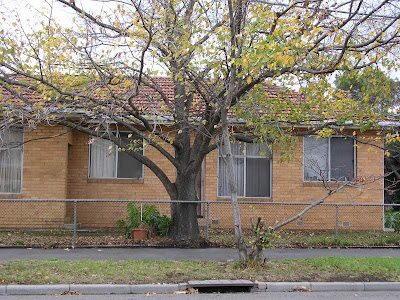 I approached the final act with a sense of impending doom. this share house had included early in the ad that they ‘liked a social drink after work and on the weekends’. knowing that we only tell people a tenth of the story, I figured that they were probably boozehounds. and, like the first lot, great it they’re your mates, but not so nice to live with. the house was just ok and there was bad art on the walls. the back decking area was a bonus, and the fact that we talked about going out for a drink 5 times within a 5 minute conversation confirmed my suspicions: they were looking for a drinking buddy.

this reminded me about the fickle relationship we have with truth and communicating with others. even with our close, personal friends we only communicate a very small percentage of our true nature. let alone to strangers. reduce that again when you’re trying to sell something, or manipulate the reader/audience and you’ve got yourself a decimal point and a percentage sign in there somewhere.

it’s not just house-hunting, buying a car, or advertising that operates on this distorted truth plane. the arts bend it the one way to make a completely beautiful mockery of truth (artifice) and law tempers it the other way so that it is an arbitrary currency, but a currency nonetheless.

and all that rambling from looking at a few houses!

Part Two:
If fate is a cruel mistress, I am a naughty child 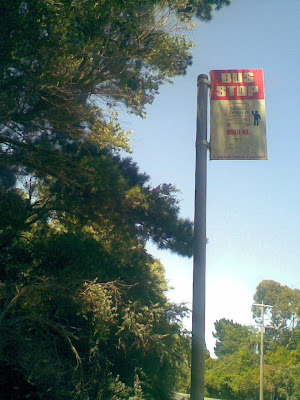 I had a good feeling about the places I planned to see today: a small one-bedroom place in abbotsford and an eco-friendly sharehouse in Brunswick with a vegie garden, green power and a nice price range.

I dealt fate a nasty blow today by fucking with my usual alarm system (new phone, new noises) and not waking up until 9am, way past the time possible to catch buses and trains to make the modest appointment times of 11:15 and midday. ah, country life – where the magpies sing, the breeze flows through and the buses run once an hour.

With my new motto of not taking myself too seriously, I’m hoping that once I’m settled in my fabulous new place, with great people, that I’ll look back on the hysterical crying and the feeling of being trapped, with fondness.